Show must go on for Westcoast Calisthenics Club 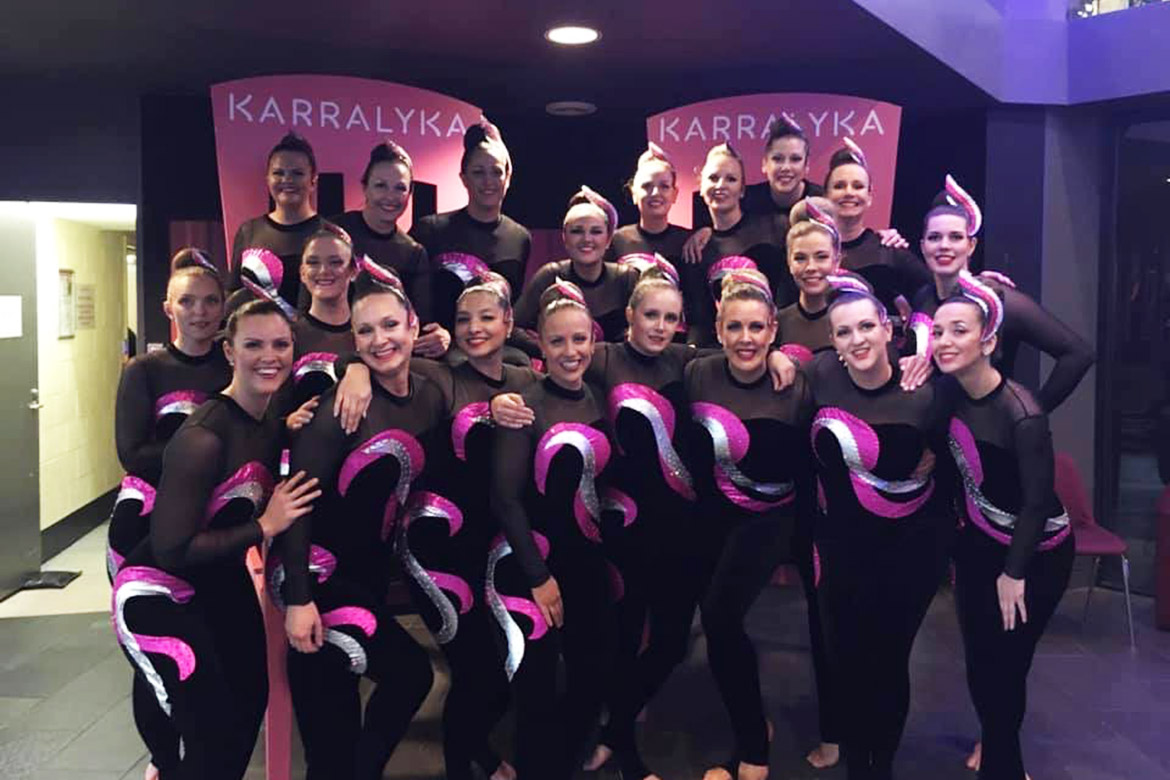 The Westcoast Calisthenics Club loved the 2018 Pan Pacific Masters Games so much, their team is bigger and back again this year.

Even in the midst of a global pandemic, there’s no stopping Geelong-based Westcoast Calisthenics Club from giving it their all in preparation for the Pan Pacific Masters Games to be held on the Gold Coast on 6-15 November.

The team has embraced technology, shifting their Wednesday night classes and practice to online Zoom sessions instead.

Team member Karen Agudelo, 44, admits it was tricky to begin with but stopping training completely was not an option.

“We initially had a team chat where we discussed stopping our practice altogether but no one could bear to think about doing nothing,” Karen said.

“We knew we’d be lost without each other so we decided to recreate our sessions online.”

At first, the team was a victim of its own success, with over 30 team members joining the first Zoom sessions for weekly classes followed by an hour of choreography with one of their coaches, causing logistical challenges.

These classes were later changed into smaller group sessions for ease of learning.

“The breakout groups simplified our sessions, but it’s still challenging to learn a routine off the screen,” Karen said.

“Training via Zoom still provides us with the support of the team, the fun and the laughs.

“After practice, we all grab a glass of something to debrief!” 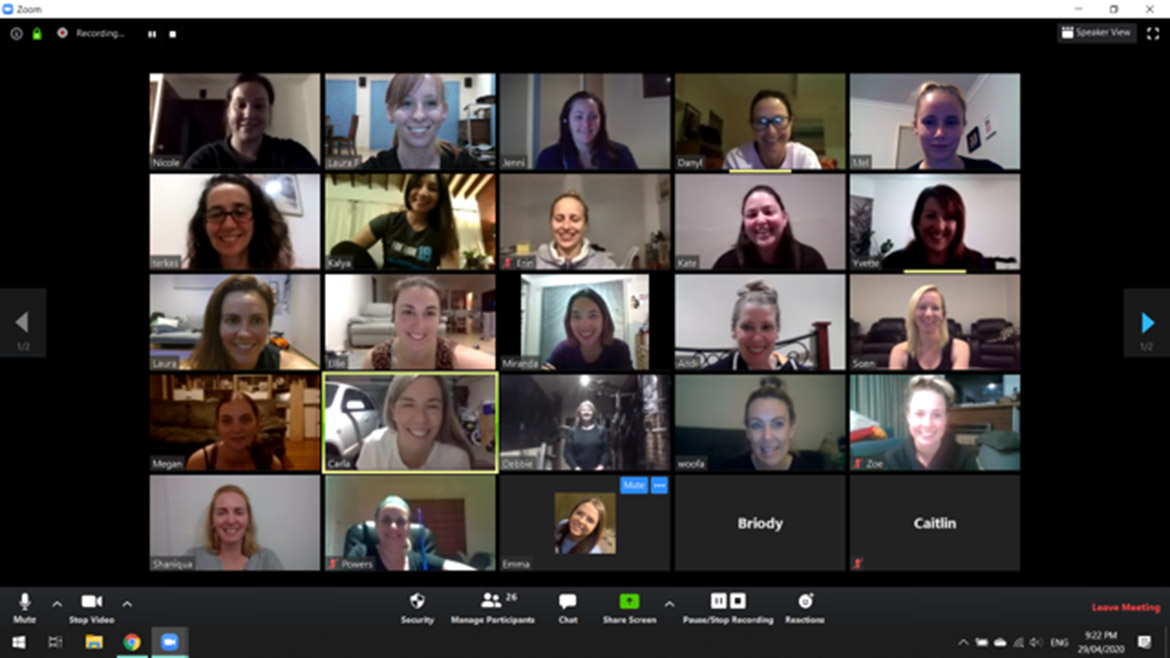 The team has set some ground rules with their new training delivery method in light of recent videos of Zoom fails circulating online.

These rules are not limited to requiring everyone to be dressed appropriately and any scantily-clad family members are strictly advised to be keep clear of the screen.

“We’ve had fun with the Zoom backgrounds with some of our members using not-very-flattering photos of other group members!” Karen explained.

“There are also extra visitors to our sessions now- pets, children and the odd husband.”

The Westcoast Calisthenics Club participates in four Victorian-based competitions with the Pan Pacific Masters Games providing the only opportunity for the group to travel interstate to compete.

“We absolutely loved the 2018 Pan Pacific Masters Games and had the best time ever,” Karen said.

“We’ve been inundated with new members this year after hearing about how much fun we had at the last games.

“It’s an opportunity for us to do all the things we don’t get a chance to do at home and just spend good times with our team away from our kids and families.”

Calisthenics is one of 40 sports on offer at this year’s Pan Pacific Masters Games which also feature a jam-packed nightly entertainment program at the Games Village.

Participants compete in their age group with no qualifying standards or times to enter. The only criterion for entry is the minimum age for each sport, which for the majority is 30 years of age.

Calisthenics team entries have reached capacity but interested participants can still join existing teams, enter as a duo or join the waitlist.