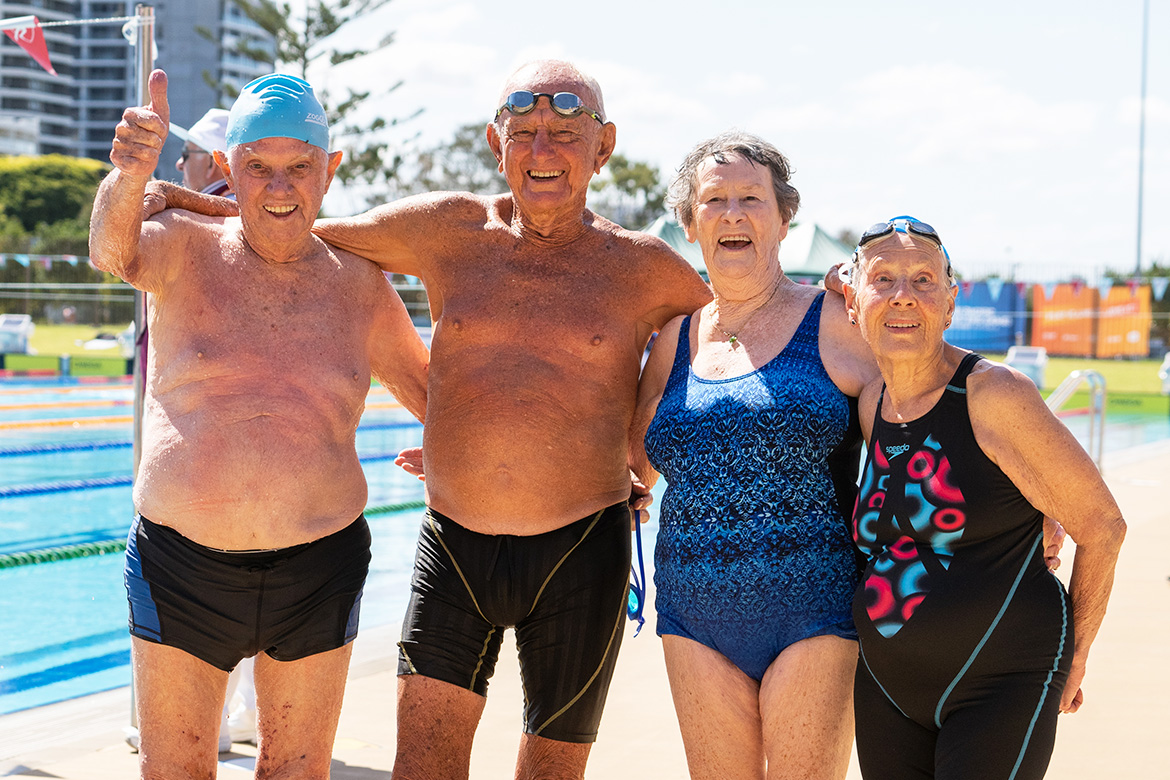 They are four nonagenarians who have just set a Pan Pacific Masters Games 50m freestyle relay record (5:18:54), their combined ages are 365 years and they have vowed to be back in 2020 to defend the gold medals they snared in the 360-399 division under blazing sunshine at the Gold Coast Aquatic Centre on Saturday.

What’s not to be astonished about the age-defying achievements of the Gold Coast’s Don Robertson (93), the Sunshine Coast’s Patricia Wornall (91), fellow 91-year-old Marion Beulke from Victoria and the pup of the group, 90-year-old China Johnson, also from the Sunshine Coast?

The quartet hardly blew a collective candle out during their interviews after the swim, clearly enjoying their newfound fame.

“We charge for interviews now,” Marion joked. “Now that we have an admiring public.”

Patricia was looking to what would be a famous return in two years’ time.

“We’re actually getting younger every day,” she enthused. “It feels terrific. I recover pretty good, so we could well be back.”

China was full of admiration for the support they could clearly hear as they swam.

“The crowd were terrific and it’s an absolute pleasure to be here,” he said. “I’d love for us to get together for another crack next time.”

Elder statesman Don, who was eight swims into a 10-swim campaign this meet, says he’s happy to coordinate the return.

“We’ll definitely keep in touch and keep training with this event in mind,” he said.