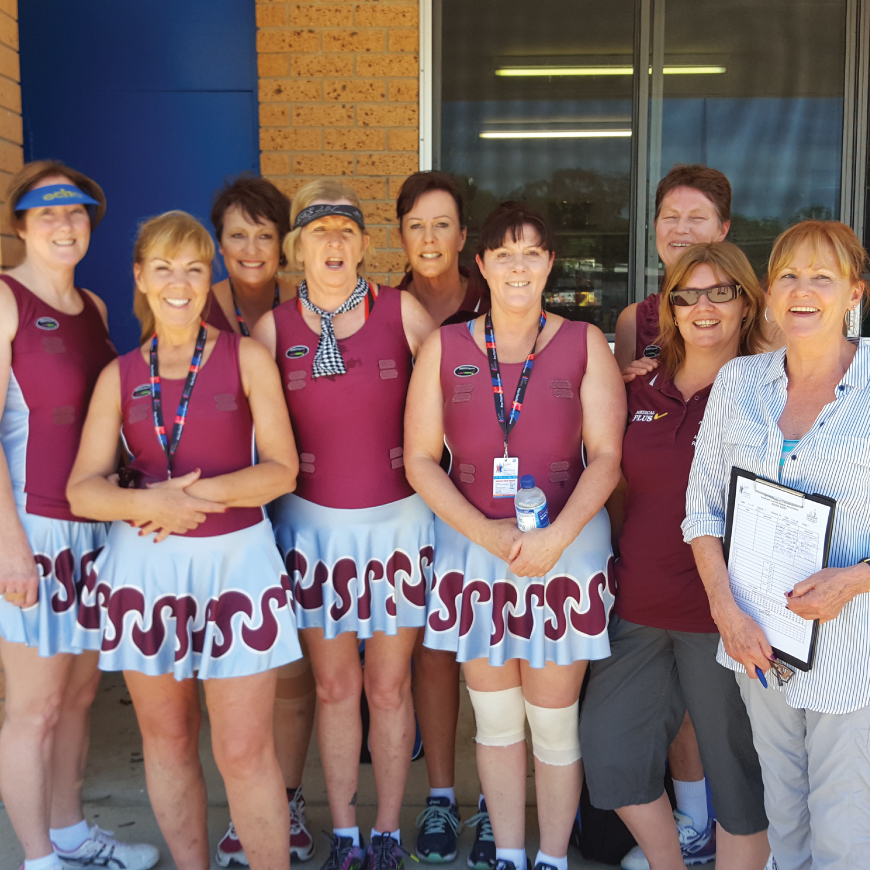 The Airport Saints netball team was awarded the team spirit award before their first game at the Southport Carrara Netball Association at the Jupiters Pan Pacific Masters Games (JPPMG).

Most of the team comes from the Melbourne area and have played together for 30 years, taking part in every JPPMG netball event since 2002.

Captain Claire D’aquino said that the team is enjoying the games.

“We love playing, the entertainment and the camaraderie,” she said

“Back home we would play against younger girls and we love to play in our own age group,”

“The event brings the team together.

The team was awarded the team spirit award for their commitment to the games and the way they go about playing in the true spirit of the JPPMG.

The Airport Saints won the gold for netball at the World Masters Games in 2002 in the 45+ C grade category.

The 10th biennial Jupiters Pan Pacific Masters Games is being held 5 – 13 November 2016 on the Gold Coast in Queensland, Australia.

The event showcases competition in 43 sports and is hosting 13,000 participants from Queensland, interstate and overseas.