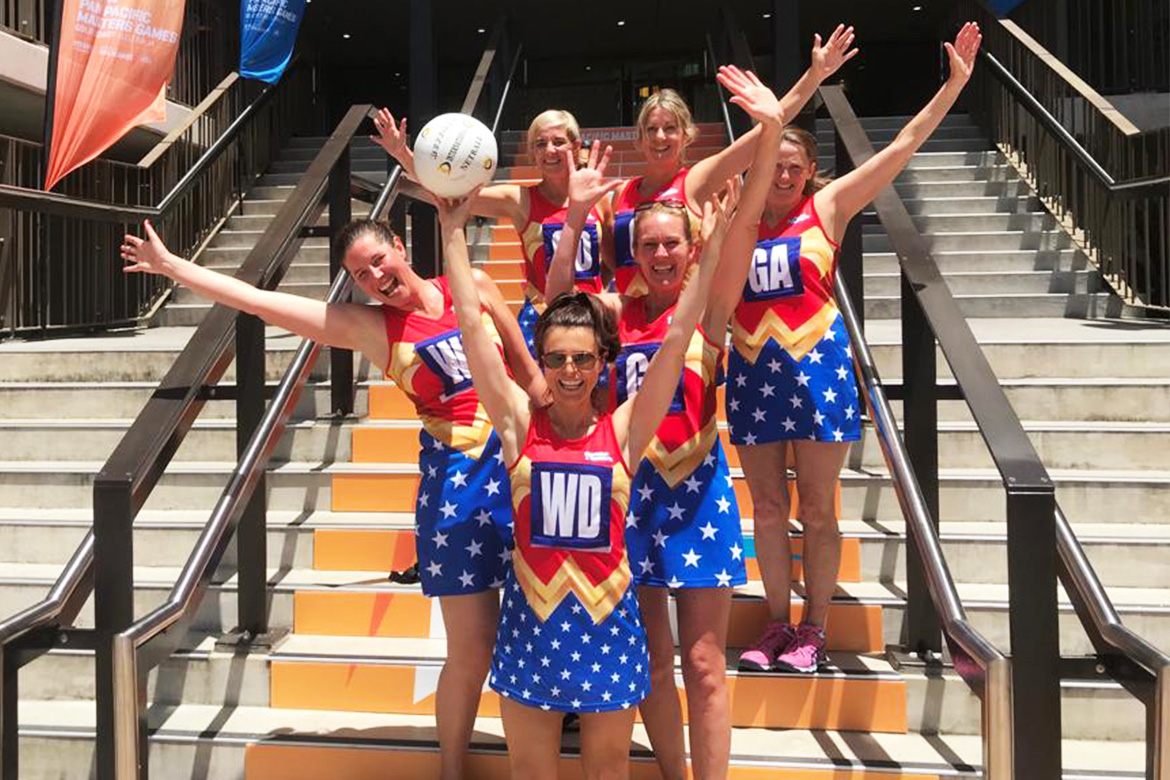 Melbourne netball team the Wonder Women started their mission to win gold at their third Pan Pacific Masters Games in style today with victory over Lemon Grove Hotel 25-11 at the Gold Coast Sports and Leisure Centre.

Team members Mel Runciman,44, Nicole Duke,49, Bec Bacon,44, Leanne Leaver, 52, Tracey Levey, 45, and, Stacie Childs, 49, have been playing netball together for six years and placed in the top three at the past two games.

“We have received medals both times – bronze at our first games and silver at the second,” Mel said.

“We enjoy coming to the games because we love the Gold Coast and the new Gold Coast Sports and Leisure Centre is just fantastic.”

Team mate Nicole said the Wonder Women enjoyed playing at the Pan Pacific Masters Games because it allowed them to compete against others in the same age group.

“At home we always play younger people, so it’s nice to verse people in our age group because it allows us to be more competitive,” Nicole said.

The team are excited to be playing at a venue that was used for the Gold Coast 2018 Commonwealth Games.

“We enjoy coming to the games because we love the Gold Coast and the new Gold Coast Sports and Leisure Centre is just fantastic,” Mel said.

As well as having their game faces on, the team is treating the Pan Pacs as a well-earned holiday.

“I love coming away with this group of amazing women,” Mel said.

“We can’t wait to drink champagne on the beach and do some shopping.”