Farmer Ken back on track to good health 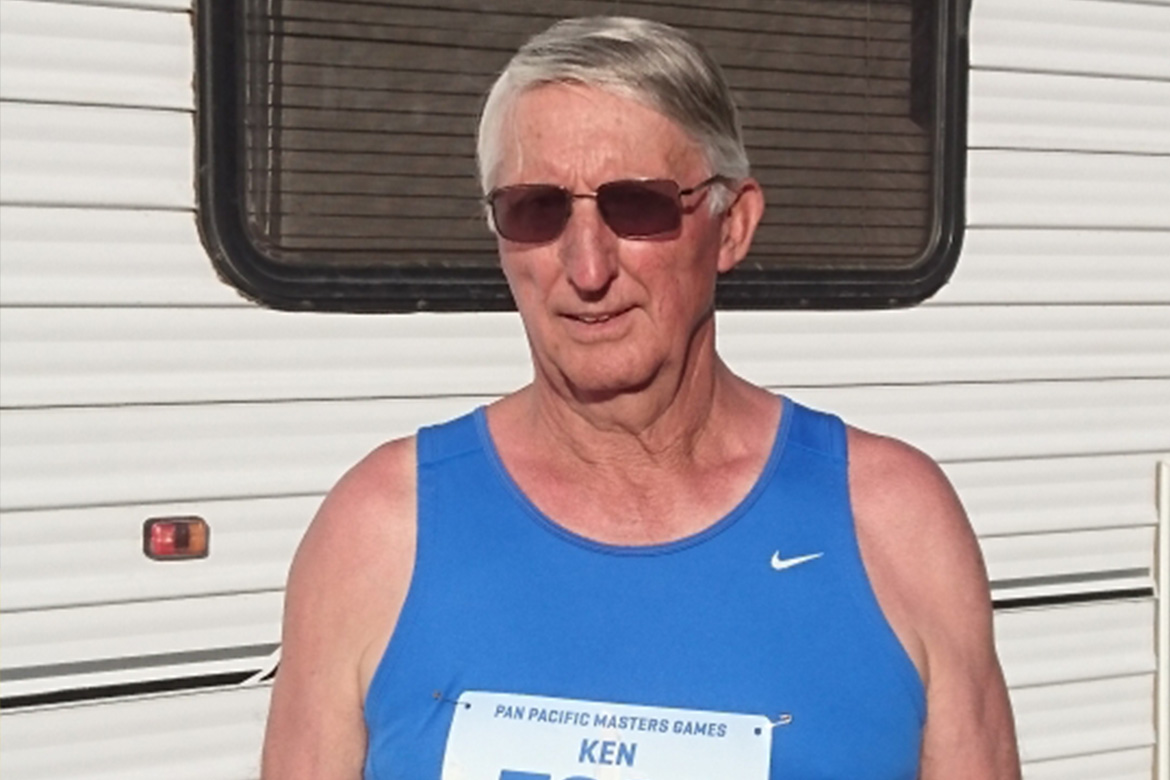 Farmer Ken Crawford back after a 50 year sporting hiatus.

Gunnedah’s Ken Crawford (70) is back tossing the discus and shotput after taking a half century sabbatical to tend his cattle farm.

He’s crediting his return to sport to lifting him from a very dark place.

“I started with (throwing) way back at high school, but because I was working full time on the farm, I had a sporting gap of 50 years,” Ken told ABC Gold Coast radio.

“Being a farmer, I was very active, but when I was about 52 years of age I fell into a bit of a hole with depression and after about two years of being in and out of hospital, I was diagnosed with bipolar disorder.

“I’m really well now, and I put a lot of it down to the help and support of my family and friends, particularly my wife Sue who is now my coach.”

Ken says having Sue setting the training agenda brings a unique level of honesty to the coaching advice.

“Coaches are supposed to be critical, but she is super-critical, and she videotapes me and plays it back, which often horrifies me because what she is saying is true.”

Ken said he’s still up to the physical challenges of the field events.

“In their minds bipolar people are still about 35 years old when they are 70, but the body often can’t follow,” he said.

Ken also does some track running these days.

“I have a sprint coach as well who tells me I’ll peak at 80 years of age.”

He said the social aspect of the Pan Pacs is equally as important to his wellbeing.

“As a farmer, I tended to isolate myself and not bring out any problems, so the social contact is very important for me.

“I like to see all my friends that compete here each time and see how we’re going and see who has had the knee replacement and who can throw the discus the furthest after their knee replacement.

“Then we usually ask them their surgeon’s name and phone number because we could be coming up for surgery next,” he laughed.